This concert with Chuck Berry was in late July of 1969 at the Electric Circus in Toronto. There were no rehursals. We were told which records to listen to, and to make sure what key each song was in. We met with Chuck just before the first show, for a packed house. The musicians were all very capable and the show went off well. It was very exciting to perform live with such an icon of the music scene. I enjoyed playing the rock'n'roll and I remember he gave me quite a few solos to pound out on the piano. The place was sold out every night for the whole week.

On the small chance that anyone is reading this and the even smaller chance that you were AT one of those performances, here's a special request. I managed to spend a whole week with Chuck Berry without keeping any visual record of the occasion. Now at my advanced age of 56 I would like to have a picture of that time. I know that there were flashbulbs going off constantly and so there must be HUNDREDS of pictures of me onstage with Chuck Berry, but alas I don't have a single one. If you have such a picture, please get in touch with me by email at jonno@kidsfromkanata.ca. A good picture would be valuable to me and I would gladly pay you for it. 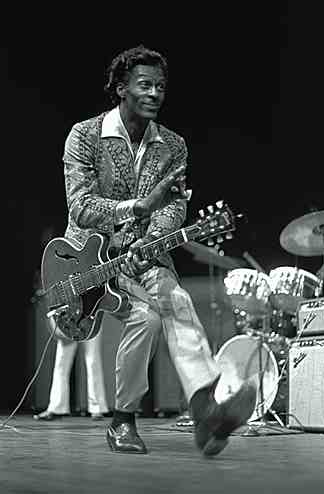